At the annual kiwi awards held in Napier in June 2019, the Project Kiwi Trust was awarded the ‘Kiwi Project of the Year.’ The awards were held during the National Kiwi Hui. The Trust received the award for its sustained effort on the Kuaotunu Peninsula, but also its contribution to regional and national kiwi recovery goals.

To all of those who have had a hand in the environmental outcomes of the Trust, both past and present, we thank you. No matter the capacity of your contribution, it has helped make our imprint mighty.

Conservation leaders dedicated to saving our national icon have been recognised at the Kiwi Awards, held at the annual National Kiwi Hui in Hawkes Bay.

The awards were created by Kiwis for kiwi, an independent charity that supports hundreds of volunteers and private landowners all over the country in their work to protect kiwi and their natural habitat.

Executive director of Kiwis for kiwi, Michelle Impey, said the awards were created to acknowledge and thank the kiwi conservation projects, organisations and individuals who have contributed significantly to kiwi conservation.

“These passionate and dedicated people are the backbone of community and kiwi conservation across New Zealand. Kiwi numbers are growing in areas where work is being done to manage their habitats. That is thanks to the thousands of volunteers and community projects that continue to work towards a predator free and safe environment for kiwi. These people are fundamental to the success of the national strategy to turn the 2% decline into a 2% increase. No one can do it alone,” said Ms Impey.

Tohu Tiketike – Kiwi Project of the Year – awarded to: Project Kiwi Trust – Paula Williams (Coromandel) This award recognises a kiwi conservation project that has made an outstanding contribution to kiwi conservation either at a national or regional level.

Based on the Kuaotunu Peninsula in Coromandel, Project Kiwi Trust is the oldest community-led kiwi conservation project in New Zealand. It has sustained its effort over 23 years when they started trapping predators in 1996 to protect the estimated 535 kiwi they had left. The population is growing, albeit slowly. Project Kiwi continues to evolve and look for opportunities to increase the abundance of kiwi not just in its local environment, but everywhere. It helped pioneer the use of dogs to find kiwi and also trialled the first predator-proof crèche site in New Zealand. Over the years, more than 155 Operation Nest Egg chicks from Project Kiwi Trust have been released to various sites (mostly back to Kuaotunu Peninsula). The Trust is committed to sharing its knowledge and skills and is quick to role model desired values, attitudes and behaviours. Project Kiwi is a little Trust making a real difference to the national kiwi recovery effort.

Back to Community Page

Project Update: Many projects we have been working on for months (and years) have come to fruition. 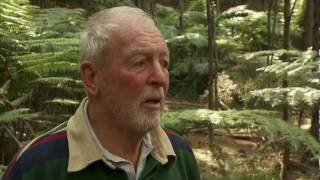 Our 11th Kiwi Release onto Motutapu Island with Sir Graham Henry and Kiwis for Kiwi. 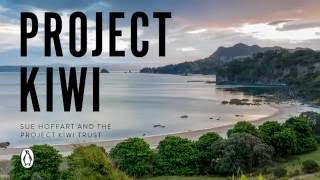 Meet Hana. The sweetest way to save kiwi